I had an outstanding balance of $33 in my revenue account here. Can anybody guide me when this amount would finally be paid to bloggers. I have written several emails to niume administrators asking them to clear my dues but none has been responded to so far. I understand that niume made a ‘revenue stoppage ‘ announcement starting June 01 2017 but said that it would balances and website would continue without revenue.

Source: When will Niume pay me my Balance Revenue

Have you ever visited a forest and walked inside on foot. You must be equipped with long protective boots that have leather laced up to your ankles. You know the reason very well. Such forest expanses are beset with over grown and wild grasses that often acquire the sharpness of razor blades. These grasses when they rustle against exposed skin can result in blood oozing out. In this painting I have portrayed such a field of grass. have a careful look and you would discover such grass neatly stacked in greens:

I am fond of watching day and its lights. These change millions of hues as 24 hours expire. Sunlight changes its angles as its rays fall from straight to slanting thus leading to light conditions of various hues. Atmosphere covering Earth ,particularly clouds, help or obstruct light conditions. Here in this painting I have tried to paint a dark brown dusk sky:

Have you been an observer of human faces. They make maps of millions of kind and there have been a lot of efforts to classify such faces. Often used categories and happy,sad,angry,worried,red etc. Here I have tried to get on canvas an uncertain face. If you really do look carefully at this painting you would see the uncertainty writ large on its face:

Source: [ There are three ]

Have you ever seen a chariot. A historic film would take you to a chariot right away. After having viewed a chariot have you ever seen a close of its wheel. Well the wheel is likely to be as ornamented and decorated as the chariot itself. The Higher the authority of the chariot rider the better is the chariot and wheel in looks. Sometimes gold and at others diamonds get studded in such contraptions. Here I have tried to portray a chariot’s wheel in motion for you. Take a careful look:

Candies have been my favorite since long. They are favorites of most-be it children or adults. All seem to adore them and grab them to savor them all as fast as possible. Especially when such candies are sent to as a gift you simply cannot resist the temptation. As the sweetness is double-that of candies and added sweetness of some body having kind wishes for you as exhibited in that gift. I tried to paint a transparent candies box with thick digital brushes and this was the outcome of black outlined box and golden wrapper placed candies:

I am fascinated by nature and am quite content to capture them in as many ways as I can. Here is a flower that has unfolded completely and I tried capturing its inner colorful parts as they were in bloom. This can work out to be fascinating piece of artwork to behold. Kindly see the nuances carefully:

This is a fabulous painting. I used a noble blue color to convey the impression of a fountain. This work is called lighted fountain and meaning is rather clear. It has fountain like spurts of blue with straights built in to convey spring water. Then if you look carefully you would find the sparkling colors of lights to convey that this is indeed a lighted fountain. Please enjoy it all.

Source: It is not about you but about somebody who matters !

Combine in a blender until smooth and enjoy!

Those who write here 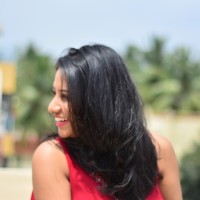 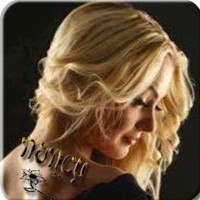 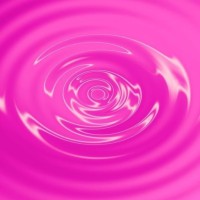 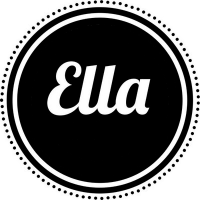 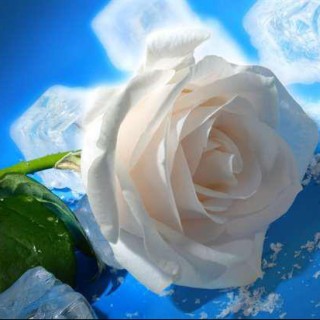 Shishir Gupta is a relatively young writer who hails from the esoteric land of India. He has an in-depth understanding of the cultures of the world through a process of intense reading of the philosophical and general literature available on the world stage. He uses this background and sprinkles generously with his intellect and emotions, weaving a kind of magic with his poetry.

HOROSCOPUL TAU
Dishing It Out With Clarissa

Apps for any screen

spread love and warmth to everyone...

Me, My Magnificent Self

Living Life as a Celebration